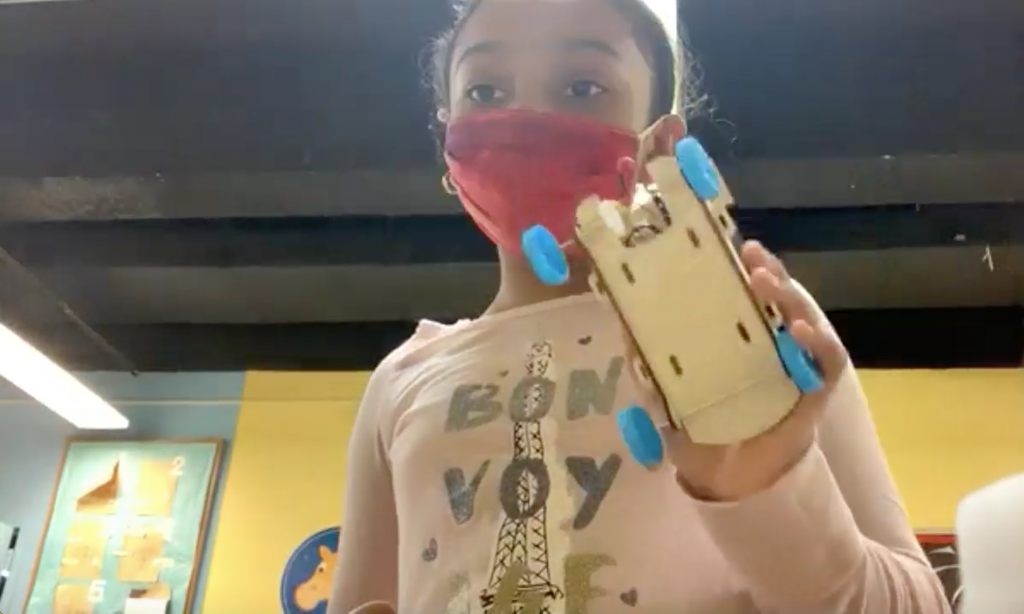 For HFH programs, the past year has not only been one of adaptation but has also proven to be a time of immense creativity. One of the biggest challenges has been re-creating programs within the COVID-19 safety guidelines. This possible roadblock has been met with innovation by the HFH staff as certain projects shift to focus on individuals and small groups and others have been able to cast a wider net due to increased virtual programming. One noteworthy facet of virtual programming is the increased accessibility to HFH’s collaborators through workshops and classes via Zoom.

“One of the greatest aspects of HFH and programming is the number, range, and specificity of the partnerships,” said Michael Chapman, HFH’s director of Afterschool and Recreation at the Saratoga Family Residence. “Each collaborator brings a passion unique to their skillset.”

One such collaborator is Tools & Tiaras, a non-profit organization, that, according to their mission, “is committed to advancing the interest of young girls and women who want to pursue nontraditional careers.” These nontraditional career paths include that of an electrician, carpenter, or plumber. Tools & Tiaras recently held two virtual workshops for students at all four HFH family residences.

The younger children were placed in an electricity workshop where they worked with an LED crystal kit that they were given prior to the workshop. Kayleigh Truman, an IATSE Local One Stagehand who works professionally on Broadway in Props, Carpentry, and Electrics, was the workshop facilitator for the electricity workshop. Truman taught the young girls about wiring, lighting theory, and “some of the more fun parts of electrical work.”

Shantel Lindsay, a master licensed electrician and electrical instructor, facilitated the workshop for the older children where they learned about solar energy by building a solar-powered car.

“They walked away knowing they put something together,” said Lindsay. “They started a project and completed it. They learned perseverance and patience.”

Yesybell, a nine-year-old who attends Saratoga Afterschool and Recreation, was excited about witnessing solar energy in action through the car that she built.

“With solar energy, you need the sun to make it work,” said Yesybell. “It’s going to go driving by itself… like a Tesla!”

Chapman said that the workshop was definitely a success “based on [the children’s] focus, energy, and excitement in presenting their final projects to their parents.”

Lindsay discussed the importance of young girls knowing that jobs do not have genders.

“Women fought for so many years for us to have equal rights,” said Lindsay. “Women can do the same job a man can, and sometimes, even better.”

Tools & Tiaras is about shattering stereotypes, teaching girls that they can do anything, and showing them how to be trailblazers.

Giovanni Yapor, HFH’s lead teacher at Prospect Family Residence, explained why he thinks this experience will empower them to do just that.

“It was good for them to see two women in these male-dominated fields, and saying, ‘hey, if you love this, you can do this, too.’”