With in-person learning on hold for the time being, the culinary team at HFH has taken on the world of virtual culinary education. Every Thursday, each student and their parent is provided with all necessary ingredients and cooking utensils needed to master the recipe of the week. Students and their parents then tune in with David Belmar, the Afterschool Manager at Allie’s Place, Robert Seixas, the Director of Culinary Education at HFH, and Evan Dobie, Lead Culinary Instructor at HFH.

The chefs then lead the class step-by-step through the recipe of the week. Not only are the students taught the basics of cooking, like washing your hands after cracking an egg, but they are also educated on the intricacies of the ingredients that they use.

In the first lesson, students and parents learned how to make an Insalata di Arance – Sicilian Orange Salad.

“We chose this because it is very unusual insofar as what kids – and adults – understand as ‘salad’,” said Sexias. “The idea is to expose kids to the interplay of tastes – bitter, salty, sweet, briny, fresh… all in one dish. In other words, to shock their palates.” 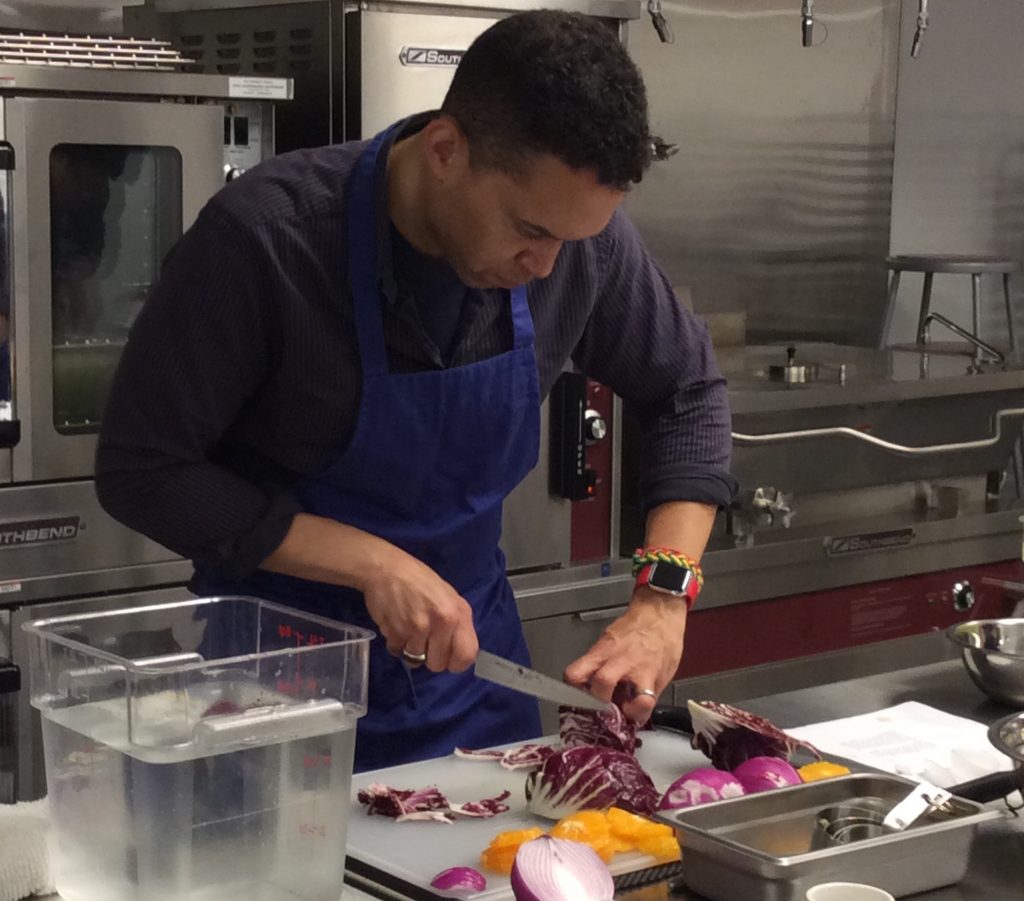 Another important aspect of these virtual lessons is teaching the students how to cook in the microwave. According to the chefs, the microwave does a better job at preserving nutrients than other cooking methods. For the first microwave recipe in the series, the teachers and students tackled a coffee cake.

“The microwave is a really efficient way of heating and cooking things,” said Dobie. “I think it works especially well for this recipe in particular… If you were to cook this in the oven, it might dry out.”

The coffee cake was a massive hit. When the students and parents were asked if they felt comfortable making this again on their own, the answer was a resounding, “yes.”

“I learned something new,” exclaimed parent Ana Maria Santana Frias after the coffee cake lesson. “I learned how to cook in the microwave!”

Students participating in this course need not worry about whether they will enjoy the end product though. In the words of student Wilmarie Anailys Santana after the first bite of her coffee cake, “Like it? I LOVE it!”

“We try to introduce the students and parents to different things every week,” said Belmar. “We are lucky to have Chef Robert and Chef Evan come up with these amazing creations.”

In the next lesson, students and their parents will learn how to make Salade Nicoise – a classic French salad. Seixas says they “want the students to recognize again the interplay of ingredients, how to cook and season those ingredients, and how to compose them.”