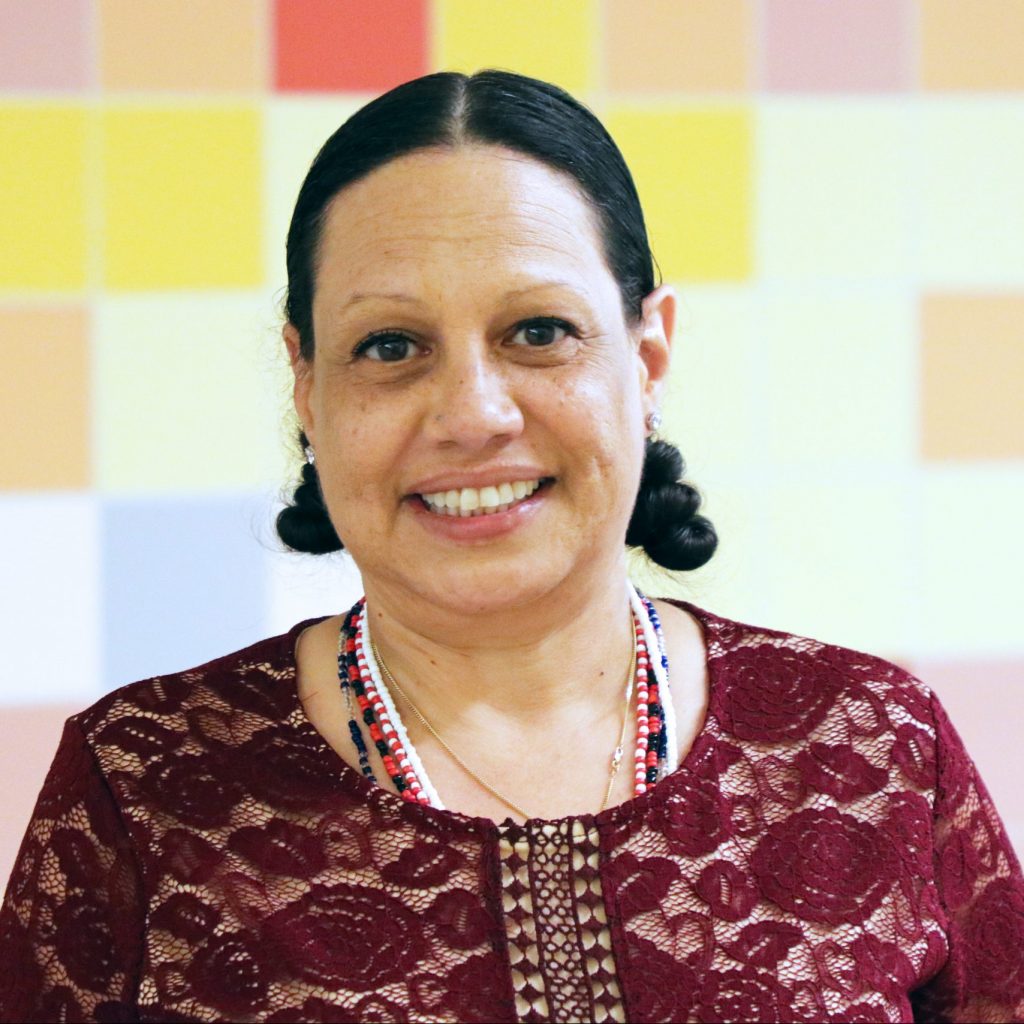 Marcella Rodriguez is the Director of Culinary Education at Allie’s Place Center for Culinary Education & Employment. She oversees the culinary, baking, and barista education and employment programming at the Center and shares her expertise as a seasoned chef and food service professional. Prior to joining Homes for the Homeless (HFH), she was a Food Operations/Patient Experience Manager with Sodexo Healthcare Services where she focused on exceptional patient experience, innovation, and employee engagement. Marcella obtained her Certificate in Culinary Arts from The New York Restaurant School and spent the first part of her career working in the hospitality industry, including restaurants, country clubs, and hotels throughout Westchester County. She transitioned to healthcare after earning her Associate’s degree in Applied Sciences in Food and Nutrition and is also certified in Patient Experience Leadership as well as Serve Safe and NY State food handlers certified. 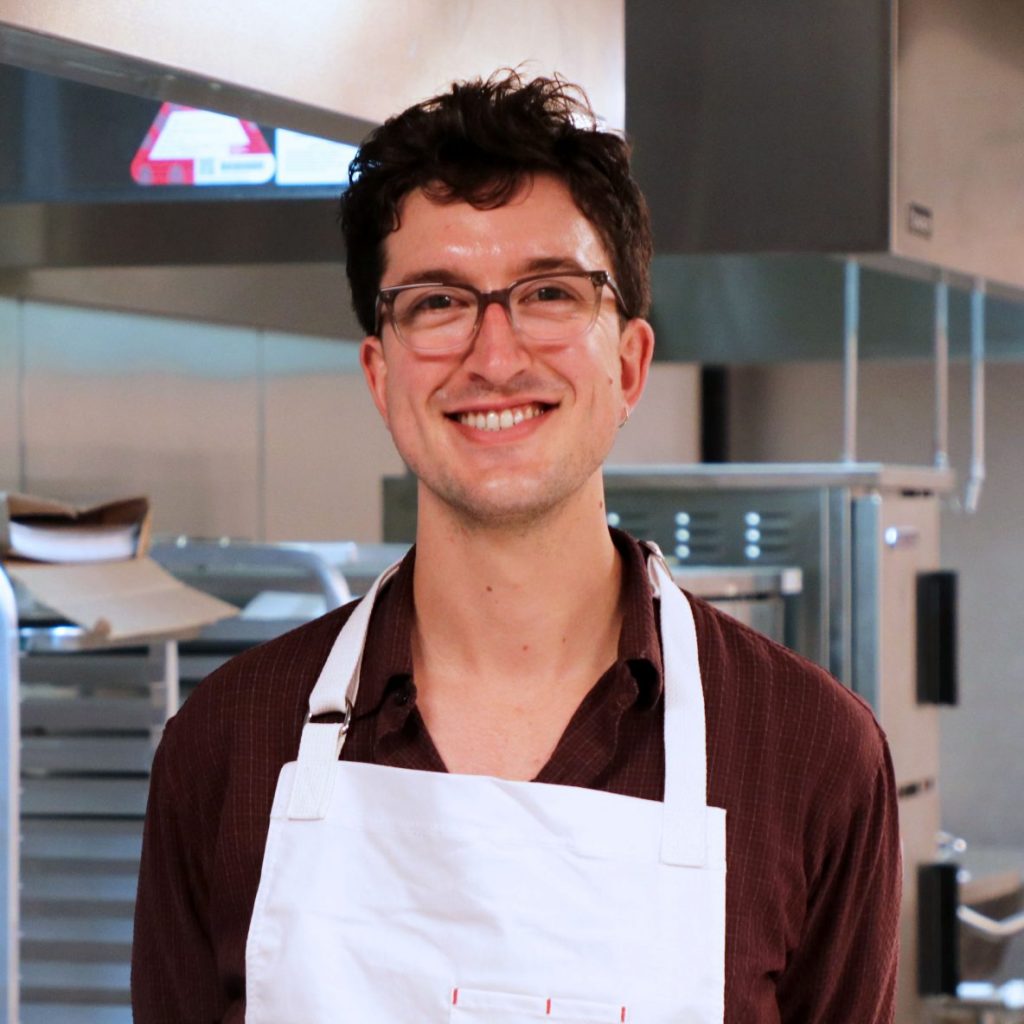 Evan Dobie is the Lead Culinary Instructor at Allie’s Place Center for Culinary Education & Employment where he teaches the skills and knowledge necessary for success in the professional kitchen. Evan’s extensive culinary industry experience includes work in restaurants and catering companies in and around New York City, Washington D.C., New England, and Los Angeles, along with experience in selling and studying wine. Evan first fell in love with cooking when he was tall enough to stand on a kitchen stool and be his mom’s sous chef. While Evan’s favorite type of food is Mexican, he enjoys whipping up new recipes from around the world as a way to increase his knowledge on the history, economics, and culture of food. He studied Culinary Arts at Johnson & Wales University. 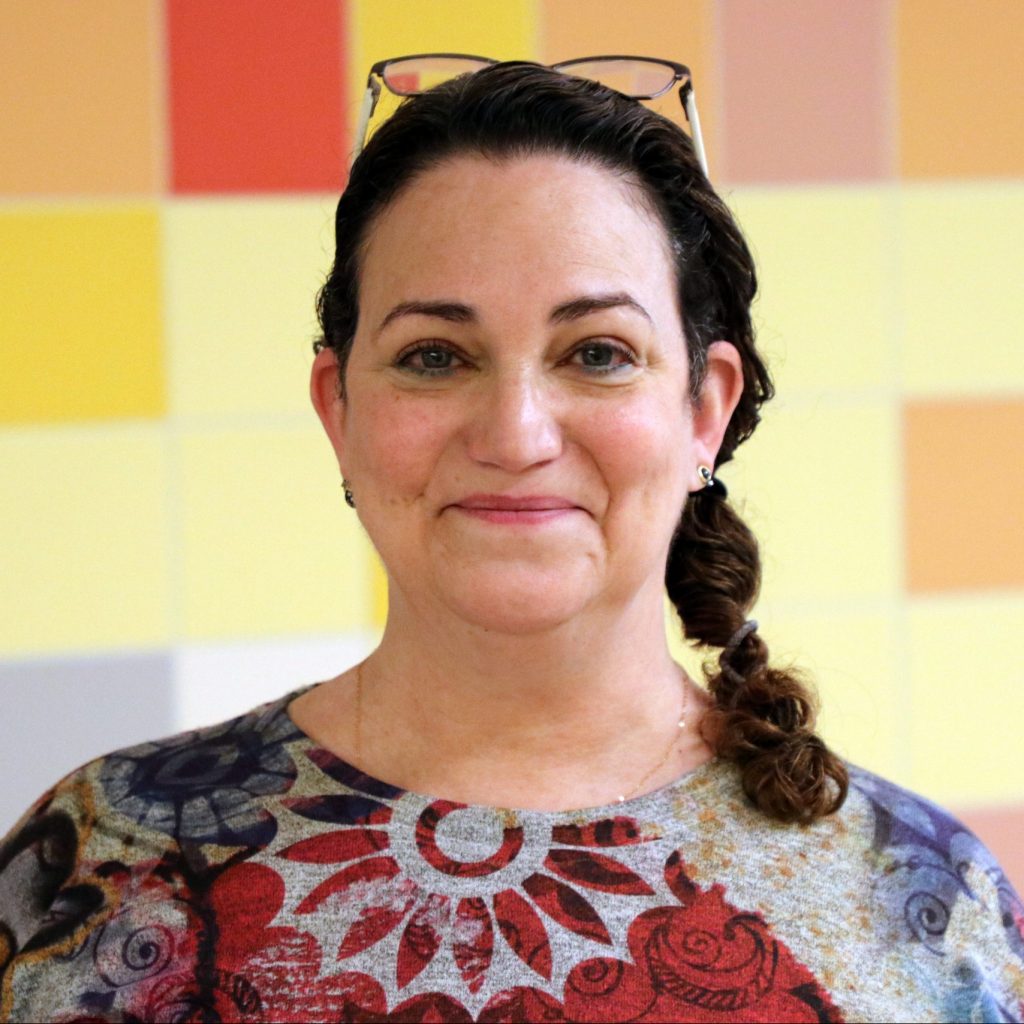 Veronica Lindemann is an Assistant Culinary Instructor at Allie’s Place Center for Culinary Education & Employment. A native New Yorker, Veronica has spent the last 18 years as a chef instructor at the French Culinary Institute/International Culinary Center. Veronica, the first female chef to work at the world-renowned Le Cirque restaurant, graduated from the School of Visual Arts in New York City, thinking she would be pursuing a career in fine arts. After college, she took a job at a small restaurant in Queens, New York, and was captivated by the science of food. Veronica spent six years in Catalonia, Spain, where she headed up a hotel kitchen and pursued her passion for painting. Since then, she has worked as a both a corporate and private chef and was a part of the opening team at the Union Square Café. A volunteer at a New York City food distribution center, Veronica joins us with a passion for food, and a heart to serve. 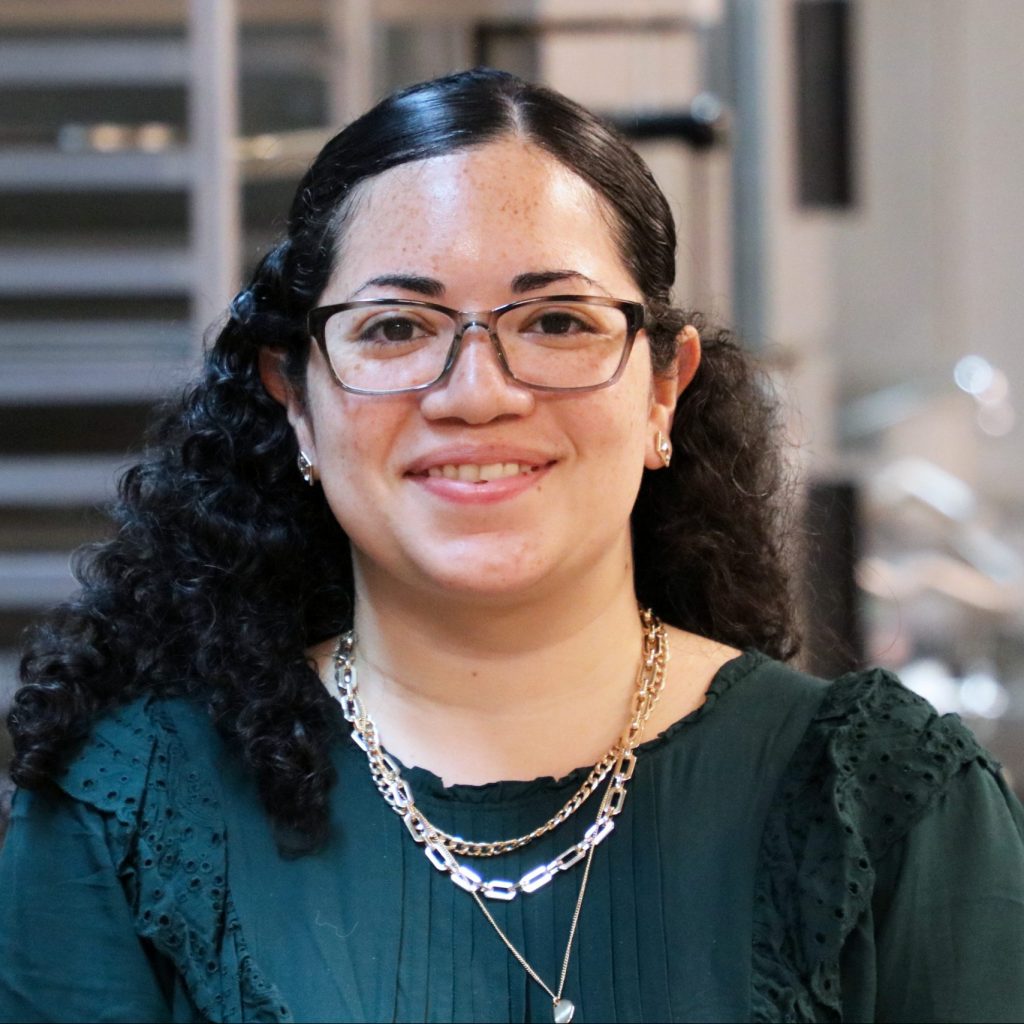 Amanda Santiago is the Culinary Outreach Coordinator at Allie’s Place Center for Culinary Education & Employment. She oversees the inflow of prospective culinary students and establishes relationships with industry employers to assist in securing positions for graduates of the culinary program. Prior to her role at Homes for the Homeless (HFH), Amanda worked as a Case Worker at a senior center and an Enrollment Specialist on a medical mobile unit that spanned NYC’s five boroughs. When it comes to food, her favorites are Italian and Mexican cuisine. Amanda received a B.A. in Political Science from John Jay College of Criminal Justice. 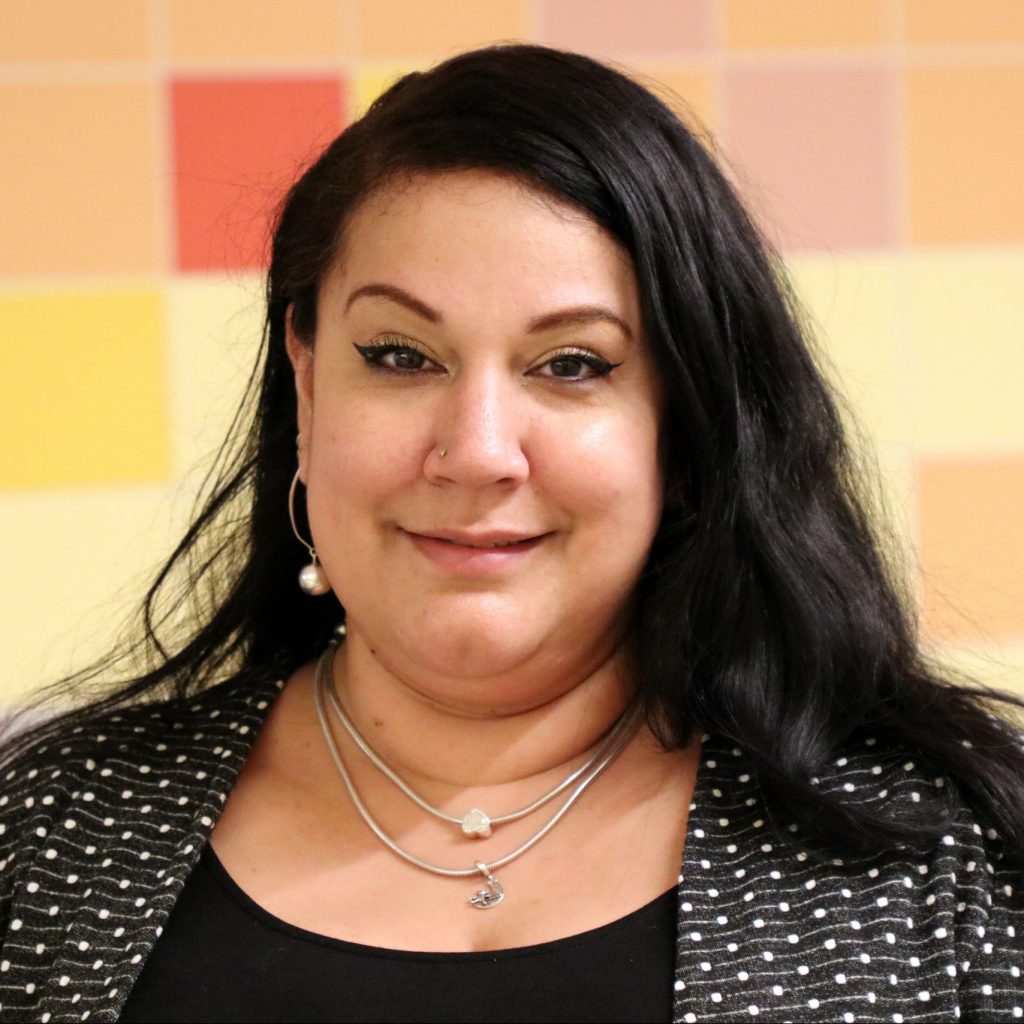 Julissa Barillas is the Culinary Employment Coordinator at Allie’s Place Center for Culinary Education & Employment. She utilizes her prior experience as an Employment Coach at Rescare and Intake Specialist at Fedcap Rehabilitation Services to help graduates of Homes for the Homeless (HFH)’s culinary program secure employment including revising resumes, creating job referrals, and building partnerships with outside organizations. Julissa is passionate about promoting career readiness and making job accessibility available to all. She received her Master’s degree in Public Affairs and Administration as well as her Bachelor’s degree in American Urban Studies at the Metropolitan College of New York. 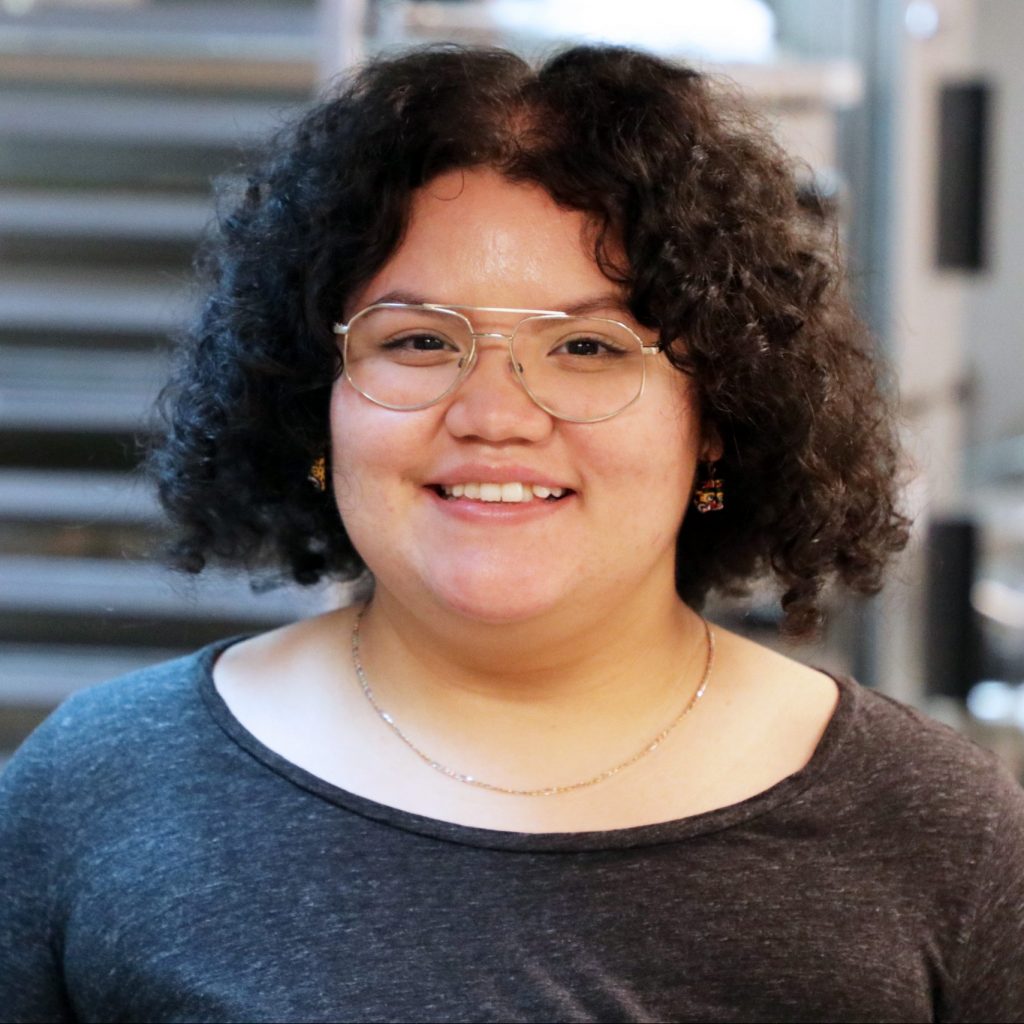 Jasmin Jimenez is the Gardener at Allie’s Place Center for Culinary Education & Employment where she cultivates the garden, implements a crop rotation system, and teaches students about the herbs, fruits, and vegetables in the garden and how to propagate them. Prior to her role at Homes for the Homeless (HFH), Jasmin managed a chive farm and received farmer training with Square Roots and held hydroponic labs in K-12 schools through New York Sun Works. Jasmin’s extensive training also includes courses on herbalism and experience in aquaponics. Her favorite item to cultivate in the garden at Allie’s Place is the eggplant, and as far as cooking goes, her top option is Japanese Curry as she can infuse the dish with vegetables and herbs from her home garden. Jasmin received a B.A. in Environmental Studies from NYU.

If you or your client are interested in pursuing a career in the food industry, register for our next, free co-hort.

This website uses cookies to improve your experience while you navigate through the website. Out of these, the cookies that are categorized as necessary are stored on your browser as they are essential for the working of basic functionalities of the website. We also use third-party cookies that help us analyze and understand how you use this website. These cookies will be stored in your browser only with your consent. You also have the option to opt-out of these cookies. But opting out of some of these cookies may affect your browsing experience.
Necessary Always Enabled
Necessary cookies are absolutely essential for the website to function properly. These cookies ensure basic functionalities and security features of the website, anonymously.
Functional
Functional cookies help to perform certain functionalities like sharing the content of the website on social media platforms, collect feedbacks, and other third-party features.
Performance
Performance cookies are used to understand and analyze the key performance indexes of the website which helps in delivering a better user experience for the visitors.
Analytics
Analytical cookies are used to understand how visitors interact with the website. These cookies help provide information on metrics the number of visitors, bounce rate, traffic source, etc.
Advertisement
Advertisement cookies are used to provide visitors with relevant ads and marketing campaigns. These cookies track visitors across websites and collect information to provide customized ads.
Others
Other uncategorized cookies are those that are being analyzed and have not been classified into a category as yet.
SAVE & ACCEPT
Stay Informed. Sign Up for our E-Newsletter.

Sign up to get the latest news and updates from HFH.