Saratoga Family Residence held a book reading to celebrate the release of an illustrated children’s book which was informed by several families living in the HFH shelter and includes a poem from a teenage resident about her experiences with homelessness.

The book Knock Knock, Where’s My Sock? by Adina Lichtman, founder of the organization Knock Knock, Give A Sock, follows a little girl named Crystal whose family moved into a shelter where she loses one of her lucky socks, makes new friends, and learns that we all have superpowers.

Children of various age groups filled every corner of the rug laid out in front of the stage which was set up with couches, pillows, and a life-size poster displaying “Crystal” as illustrated in the book. Kids were ready for the reading wearing superhero masks that they had created—inspired by the masks made in the book from a lost sock. Many parents also attended as Lichtman and her team streamed the reading live. Student leaders from the Saratoga Afterschool & Recreation Program’s Youth Council took turns reading passages from the book to the younger children who were increasingly engaged as the plot progressed. 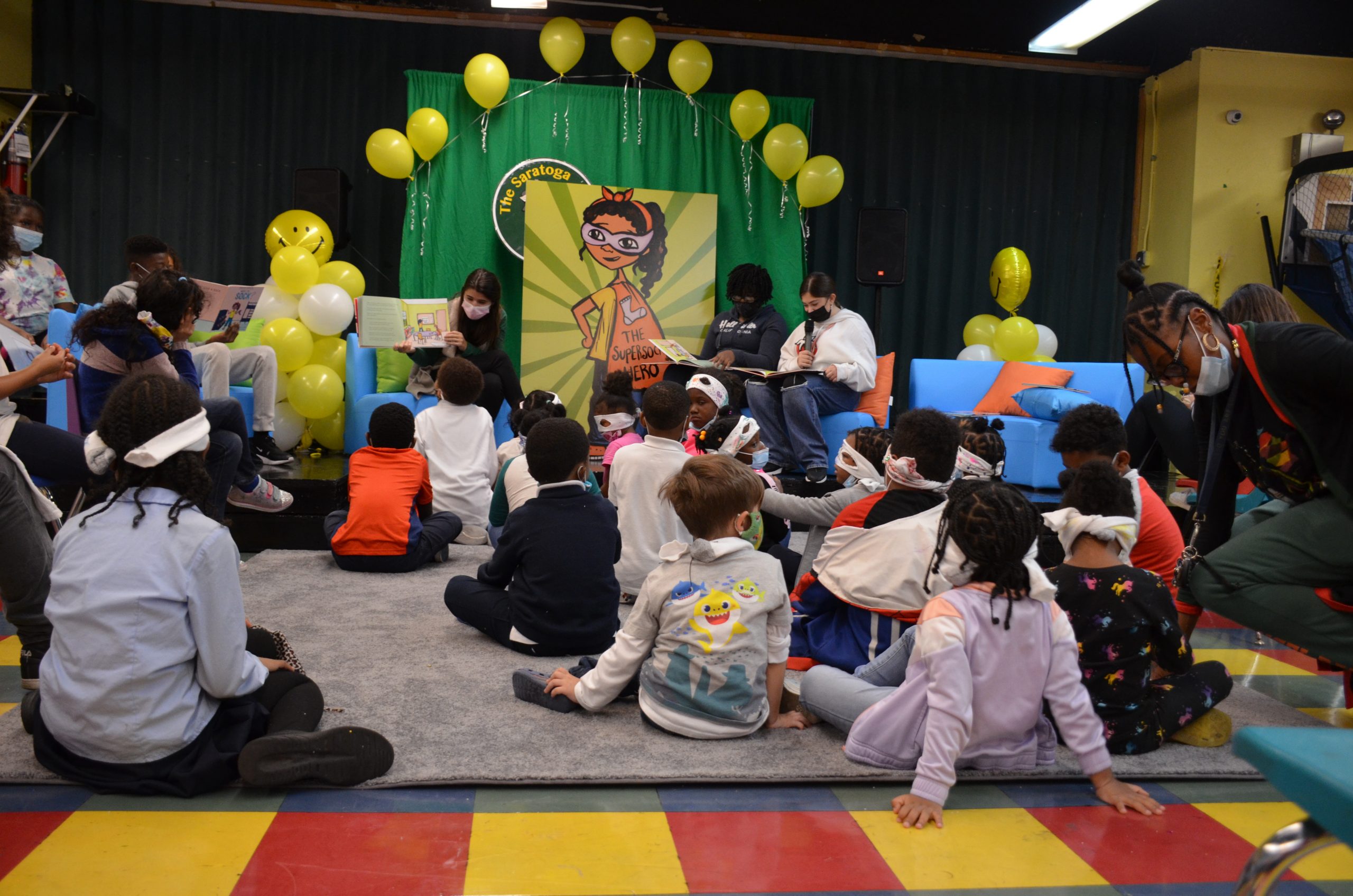 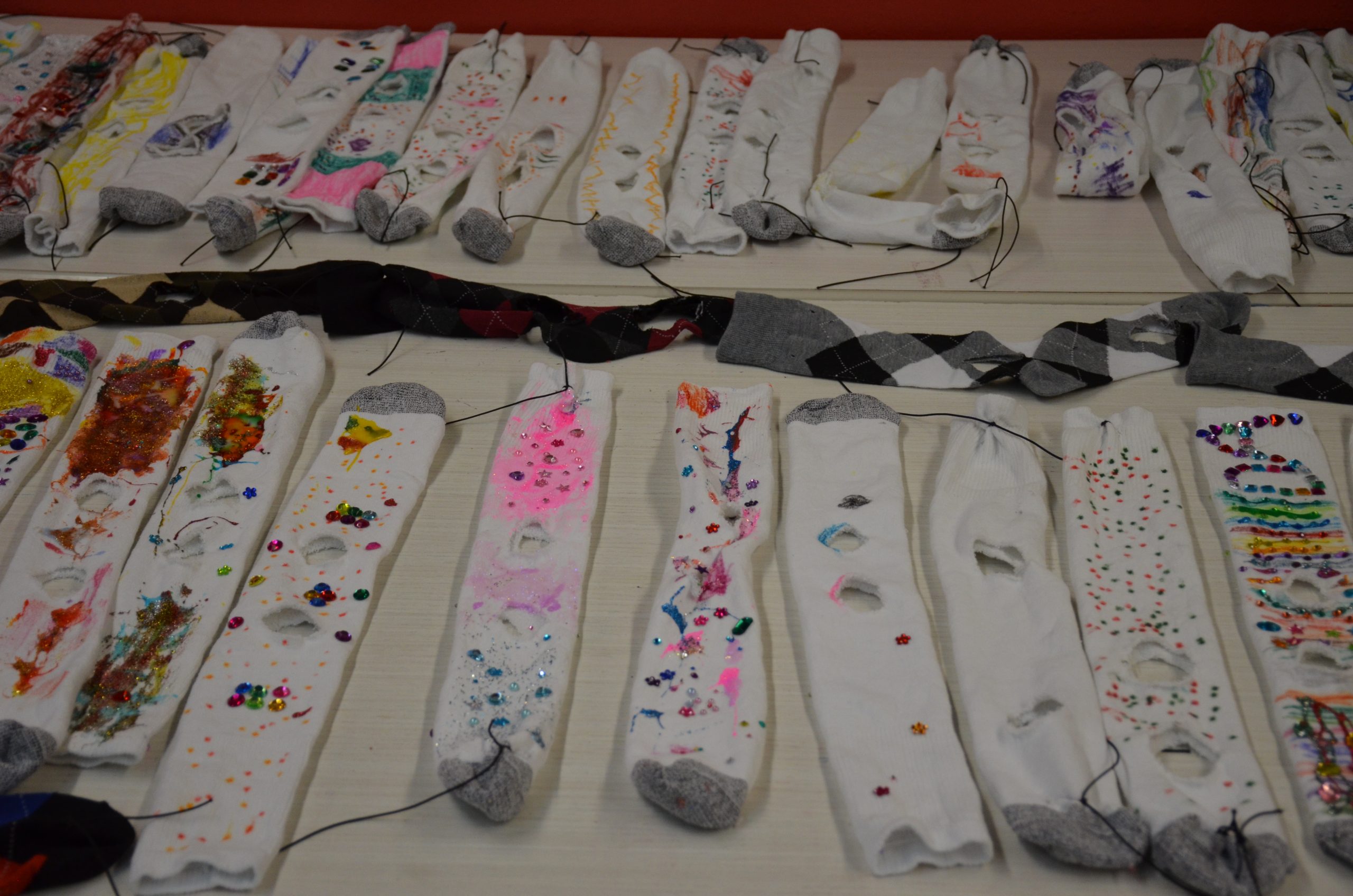 Students from Saratoga’s Afterschool & Recreation Program ready for the event while wearing superhero masks they created inspired by the book.

An interactive age-appropriate conversation took place shortly after where multiple children shared their positive reactions as they responded to questions relating to the theme of the story. Excitement continued as Lichtman joined the children sitting on the rug, allowing them to speak into a microphone. One by one, and then unanimously, they all chanted that they were “Super–sock Heroes.” 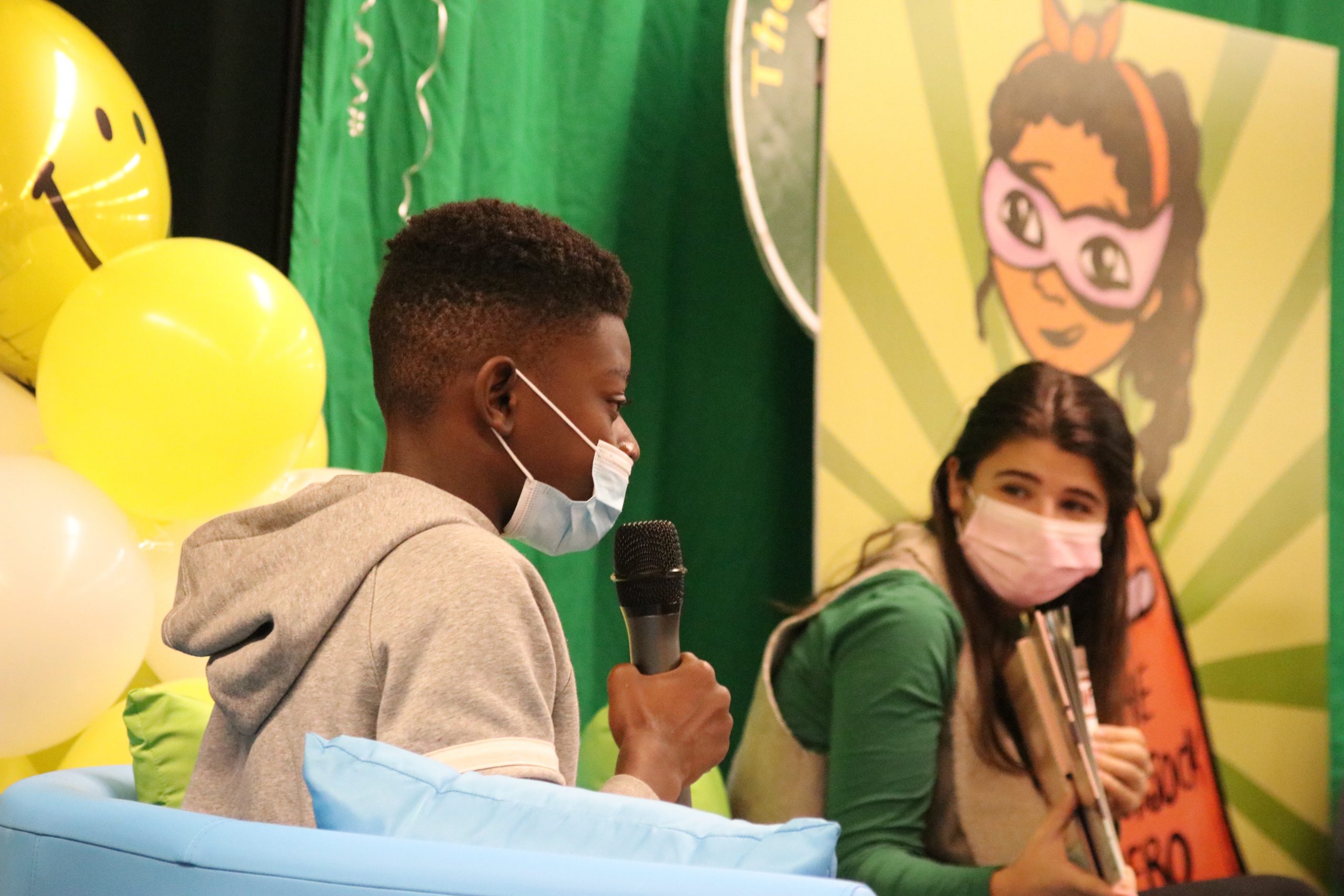 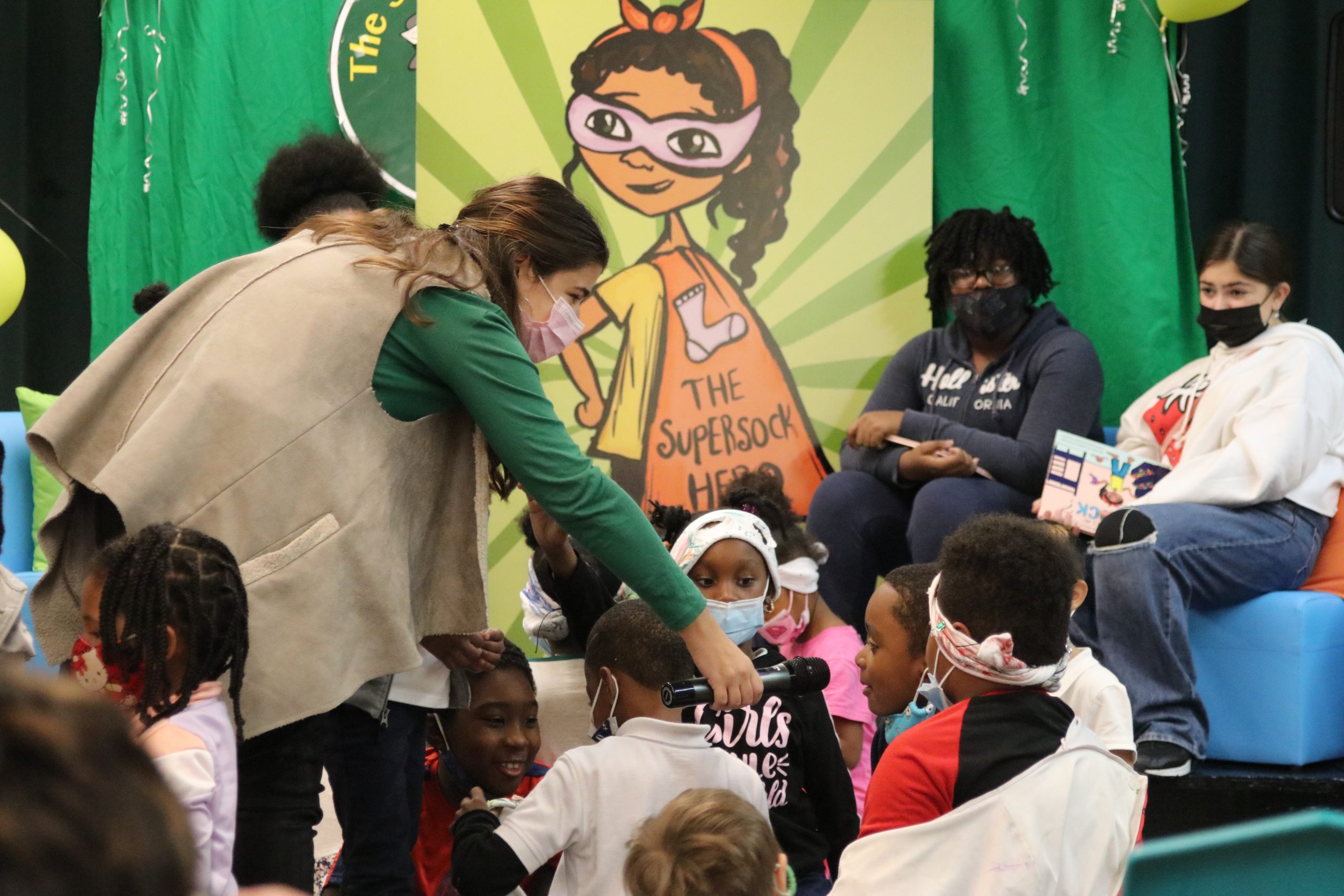 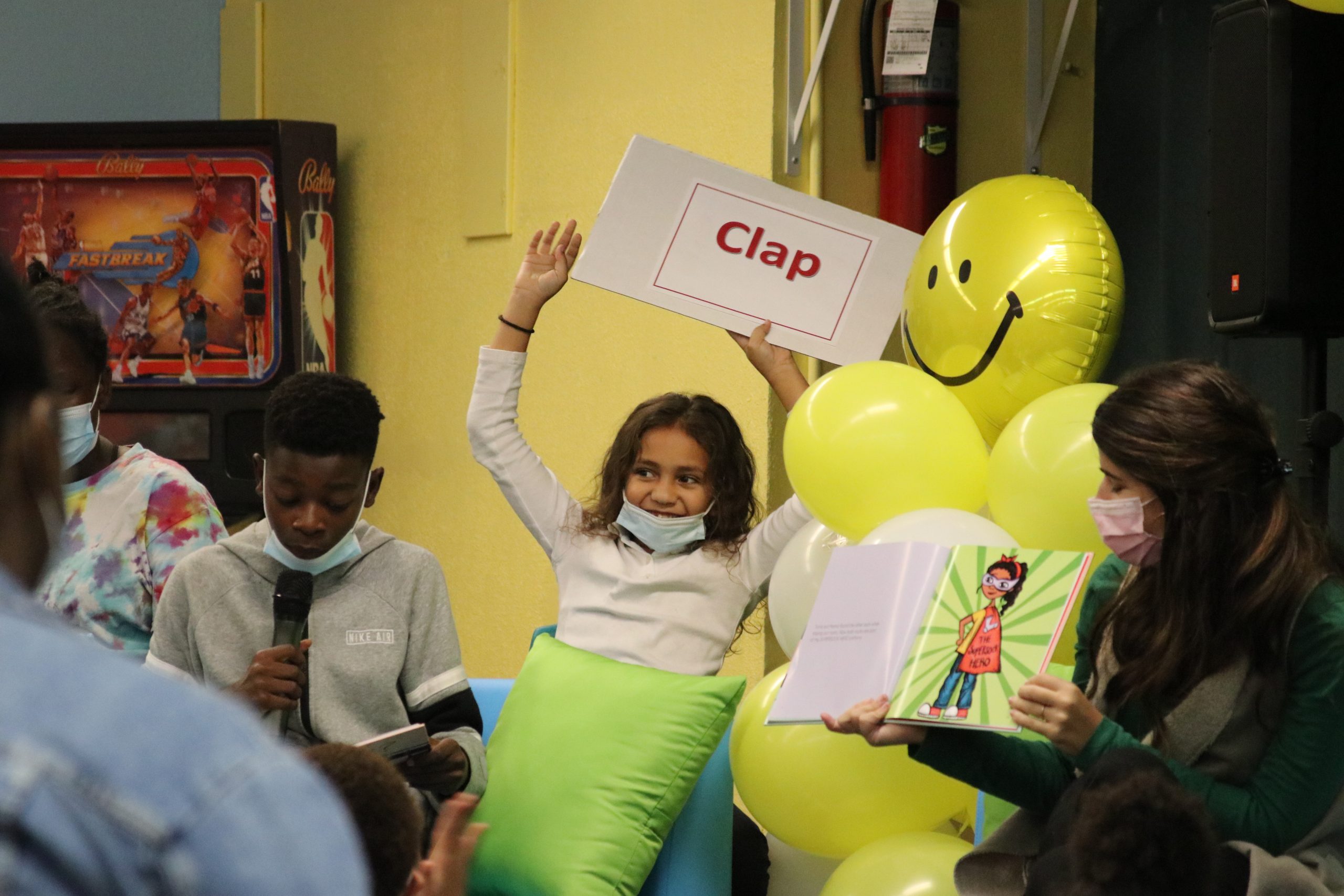 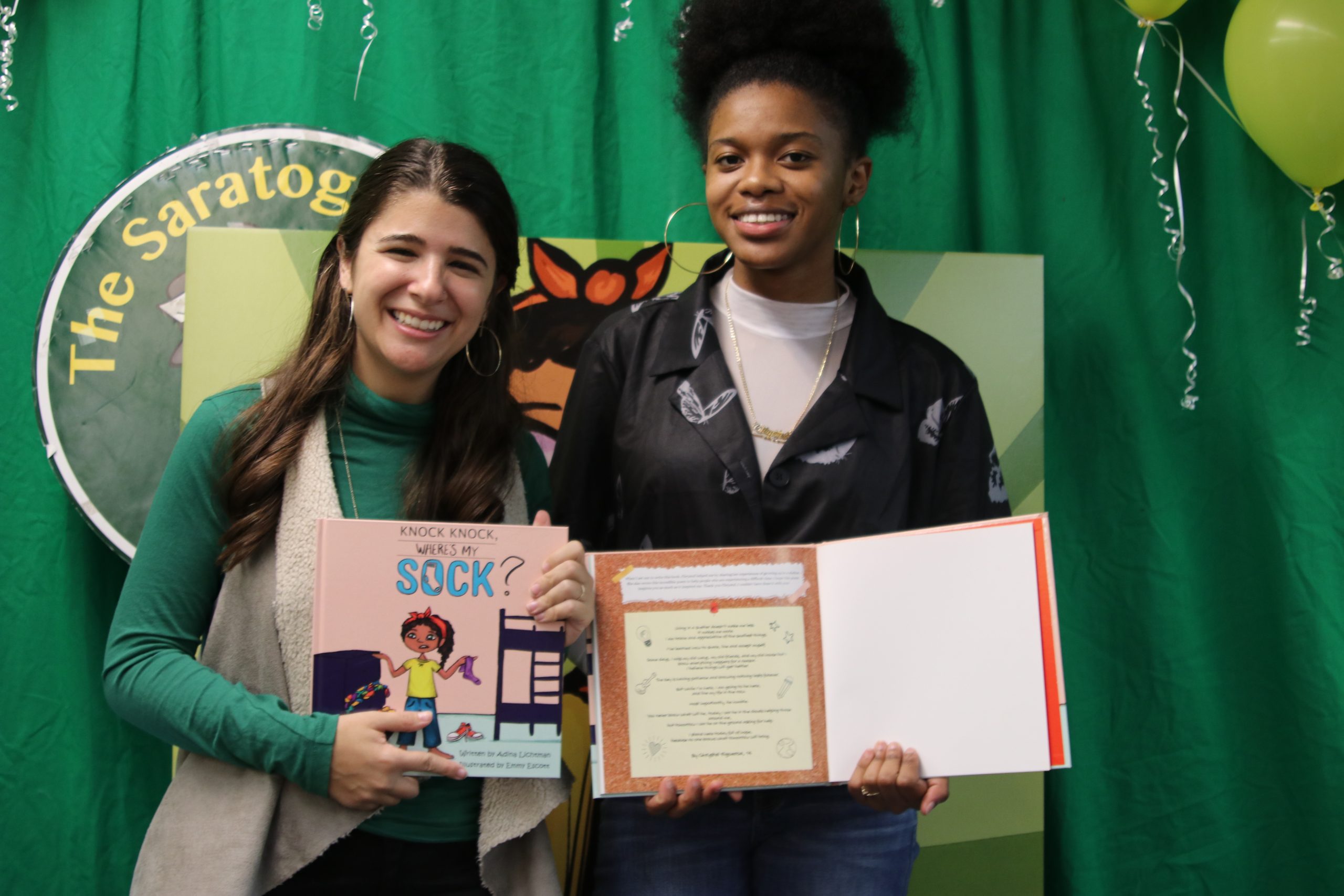 Michael Chapman, Director of Afterschool & Recreation, was pleased with the opportunity that the event provided for the students who participated.

“The experience was phenomenal on many levels,” said Chapman. “Having the students involved throughout the process from setting up, to reading, and overall production gave them a different insight.”

Saratoga Family Residence Administrator, Michael Fahy, expounded on the significance of the story and the event for the children.

“We try to empower the children [so that they can] gain high self-esteem; showing them that they can do anything and take away from the stigma of living in shelter.”

Knock Knock Give a Sock sponsor Alston & Bird Law Firm donated 150 book sets to the families at the Saratoga. Copies were provided to attendees at the end of the event.

Learn more about Knock Knock, Give A Sock.