A little bad weather didn’t keep the Saratoga Eagles soccer team away from Girls Soccer Day at the Frederick Douglass Playground and Field on September 6.

The event, sponsored by Evenfooting.org, a non-profit organization that empowers underserved girls through athletics, drew more than 100 girls from across New York City, including six members of the Saratoga Eagles soccer program.  All the participants received a free pair of sneakers, a t-shirt, a hold-all, and a pair of soccer shin-guards. The event was promoted by the New York City Department of Homeless Services. 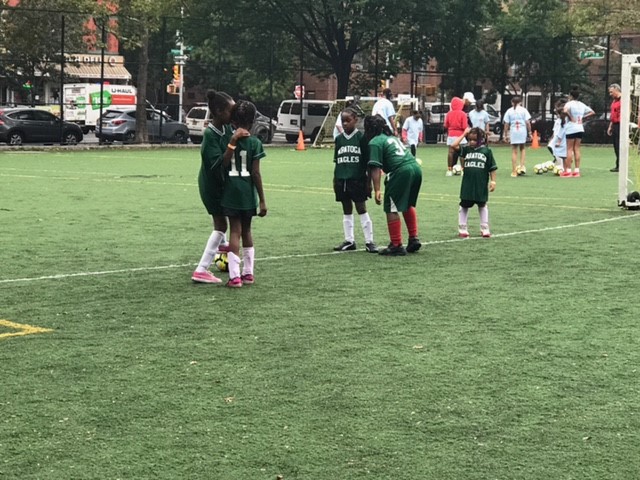 Linda Bazerjian2022-06-09T09:33:25-05:00September 11th, 2017|
Page load link
We use cookies on our website to give you the most relevant experience by remembering your preferences and repeat visits. By clicking “Accept”, you consent to the use of ALL the cookies.
Do not sell my personal information.
Cookie SettingsAccept
Manage consent