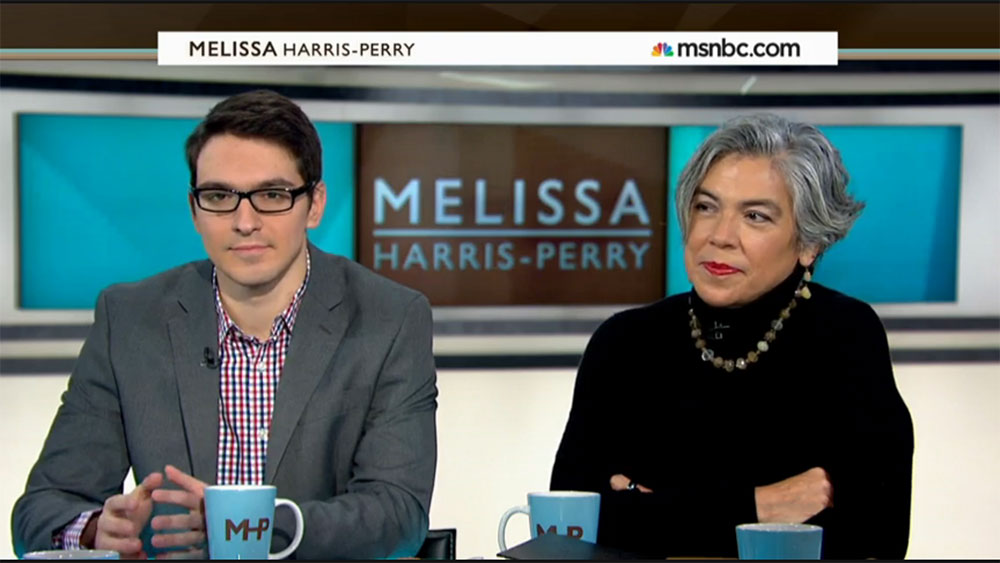 Our Executive Vice President Aurora Zepeda appeared on the Melissa Harris-Perry show on MSNBC this past weekend to discuss philanthropy and the new ideas emerging to encourage philanthropy and to ensure donations are being used wisely. Zepeda appeared alongside Jennifer Jones Austin (CEO, Federation of Protestant Welfare Agencies), Stacy Palmer (Editor of The Chronicle of Philanthropy), and Igor Volsky (Managing Editor, ThinkProgress.org).

With the majority of wealth firmly parked in the top 1% of the U.S. population, the issue of poverty can be a distant reality to many of those who could potentially do the most to alleviate it. Making the wealthy aware of the issues facing those in poverty, Zepeda argues, is key.

Melissa Harris-Perry pointed to studies that show people who live in more economically diverse zip codes tend to give to charities that are more likely to benefit the lower economic strata, whereas those in economically homogenous areas tend to give more to their alma maters or other organizations that are less connected to low income individuals.

Austin said, “What often happens is the wealthy are disconnected from the real issues of people who are challenged and struggling day to day…If you were in a car, moving from one place to the next, and you’re not on the subway, you’re not walking the streets of poverty, then you’re not going to see it, so you’re not going to feel compelled to give in that regard.”

The group also discussed the new wave of venture philanthropy, which applies venture capital ideas to the social sector in order to make them more sustainable, according to guest Matt Flannery (Co-Founder and CEO, Kiva).

While the venture philanthropy model can work for many sectors, the lack of immediate return on investment inherent with certain sectors made Palmer wary of its application for poverty, and more specifically child poverty.

Watch the complete segments below: